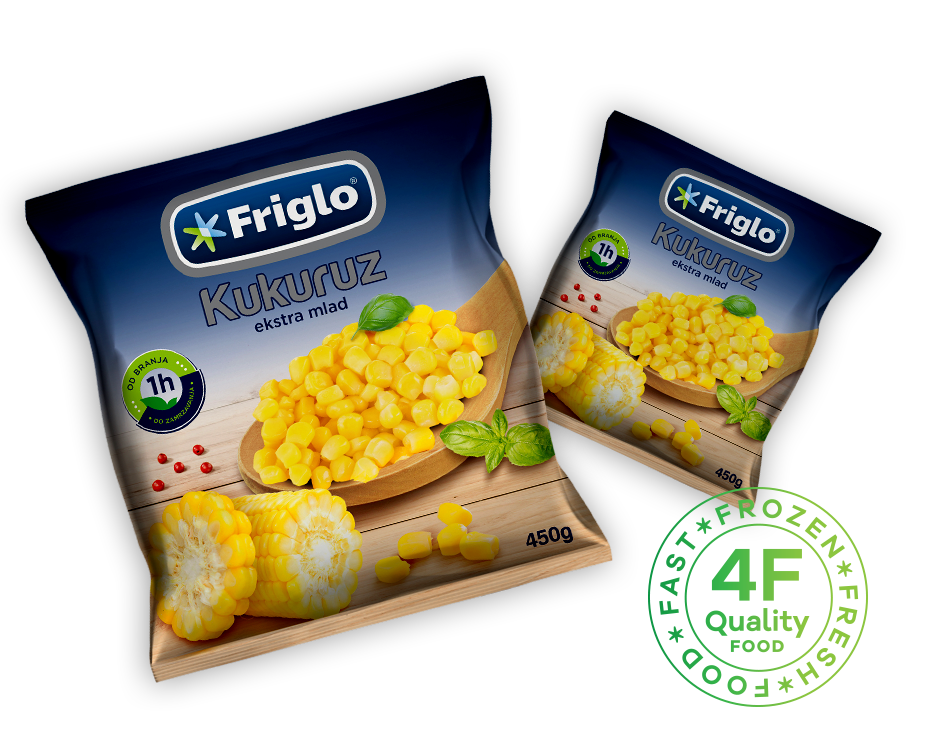 Quick frozen.
Ready for use without thawing.

No need to thaw before preparation. Once thawed, the product should not be frozen again.

Sweetcorn is a sort of corn intended for human consumption which contains the biggest amount of sugar. It is especially rich in simple sugars. Its nutritional value is similar to that of other cereals. It is harvested when it is not fully ripe, i.e. before sugar is transformed into starch, for which reason sweetcorn can be eaten fresh, tinned or frozen after simple preparation - short cooking.

The calorie value of sweetcorn is at average 100 kcal/100 g of the product, and it is rich in vitamins B1, B3 and B9, as well as in vitamin C. The minerals present in sugar are: magnesium, iron and potassium.

Cooking of sweetcorn releases ferulic acid, which acts as an antioxidant.

It is best to cook sweetcorn in water or at steam. Sweetcorn is used as pizza topping, as well as a part of numerous salads. Besides cooking, sweetcorn can also be grilled.

Sweetcorn is a healthy and nutritiously valuable food which contains many useful antioxidant characteristics that protect the organism from cardiovascular illnesses and cancer. Sweetcorn also contains phytochemicals that help save our vision.